Self-Driving Cars And The Law
May 07, 2019
By Maring Williams Law Office 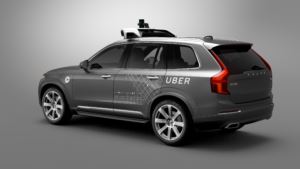 According to the National Safety Council, car accidents are the #1 cause of death for children and young adults ages 5 to 24, and the #2 cause of death for adults 25 and older. Every day, about 100 people die in car crashes and more than 1,000 suffer life-changing injuries. Many of these car accidents are preventable. Too many drivers choose to engage in dangerous driving behaviors, such as drinking and driving, driving while distracted, driving at an excessive speed or other behaviors that greatly increase the probability of a crash. It is estimated that at least 81% of car accidents in the US involve human error. For reasons that defy explanation, drivers continue to engage in these behaviors despite knowledge that these behaviors are dangerous   and greatly increase the probability that the driver, his/her passenger or other innocent people on the road will be harmed or killed.

One idea that is being promoted to reduce the number of car accidents is the idea of computer operated cars. While this may have seemed a fantasy not long ago, computer operated cars are now a reality. The Google self-driving car project, for example, has been in operation since 2009, and has put on more than 1 million miles to date (until this week, the car had never been in an accident). The goal of the program is to transform mobility by making it easier, safer and more reliable to get around. Google believes that the full potential of self-driving technology will be delivered only when a vehicle can drive itself from place to place at the push of a button, without any human intervention. Google currently operates these vehicles on their campus and in cities in California, Texas and Washington.

Google isn’t the only company exploring this technology. Auto manufacturers and others are also invested. And the National Highway Traffic Safety Administration (NHTSA) has adopted standards for car-borne beacons that will broadcast information to other vehicles on the road. The beacons   other drivers when a crash may be imminent. The next logical step is for car manufacturers to program automated responses.

Technology, however, is often far ahead of the law. There are many legal issues that will require resolution before self-driving cars are a reality. Are computer-operated “driverless” vehicles even legal on our highways and roads? Who will regulate these vehicles?  And anyone who has ever owned a computer knows the frustration of computer glitches and crashes.  Who will be responsible when a computer crash causes a car to crash? We can expect the legal issues to be resolved as the technology moves beyond the testing stage and is closer to a reality for everyday use.

The more important question relates to public safety. Will this technology improve public safety by reducing the number of car crashes caused by human error? Or will technology contribute to the problem by creating a new cause for crashes on our highways?