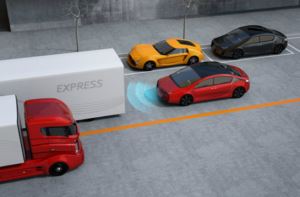 It’s great to see how far safety technology has brought us over the last few years and now, there is better news yet. Automakers and the U.S. Government have agreed to install automatic emergency braking systems in nearly all U.S. vehicles by September 2022!

According to NBCNews.com, the story is as follows:

The U.S. National Highway Traffic Safety Administration (NHTSA) announced in September a deal in principle with 10 automakers to eventually add the technology to prevent thousands of crashes a year. The final agreement includes additional automakers and will be unveiled at a press conference in McLean, Va., at a press conference.

Automatic emergency braking includes systems designed to prevent crashes in which drivers do not apply the brakes or fail to apply enough braking power to avoid a collision.

Under the agreement, automakers will get slightly longer to add the technology to some vehicles with technical challenges, including some cars with manual transmissions.

NHTSA Administrator Mark Rosekind told Reuters in an interview last week that a voluntary agreement that could get the safety technology in vehicles before a legally binding rule was preferable. “We’re very excited about this,” Rosekind said, declining to confirm details.

The Insurance Institute for Highway Safety, a group that helped reach the voluntary agreement with automakers, has said as many as 20 percent of crashes could be prevented by the technology.

The National Transportation Safety Board and Consumer Reports have both called for making the technology mandatory in all vehicles.

In 2012, rear-end crashes killed 1,705 Americans and injured 547,000 in the United States. About 87 percent of those deaths and injuries might have been prevented or lessened if vehicles had a collision avoidance system – because they were linked to driver inattention, researchers found.

If you have been injured in a car accident, contact Maring Williams Law Office today to get legal representation.