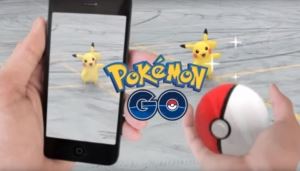 Pokémon Go has taken the U.S. by storm the past month. Even if you don’t play the game, you likely know someone who does. One doesn’t have to look far to see someone walking with their eyes glued to their phone screen. There have been numerous reports of Pokémon Go related accidents across the country. Although there are obvious safety tips that should go without saying, such as never to play while driving, The Huffington Post has provided some other essential tips to remain safe while playing the game.

While all Poke Stops and Gyms are located in public places, it’s still a good idea to do some research on the area you’ll be visiting before you make your way. Some are bound to be safer than others, and by doing a simple Google search, you could avoid ending up in an unsafe area. This is especially important if you are playing Pokémon Go when traveling, where you don’t have as good of a read on the neighborhood.

Also remain aware of those around you. Many of the people you encounter will also be playing Pokémon Go, which can be a fun way to meet new friends! However, there are still people out there who want to harm or scare you, so don’t get so distracted by catching Pokémon that you don’t notice telltale signs that someone nearby is looking for trouble.

If the temptation to seek Pokémon at night is too strong to resist, try to adventure with a group of players instead of going by yourself or, at the very least, let a friend or relative know where you are going and when you plan to return.