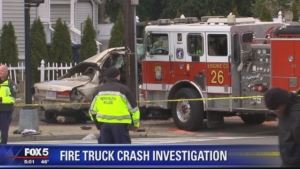 Emergency vehicles like police cars, fire trucks and ambulances get into car crashes too! Sometimes we forget that these vehicles can get into car crashes but fatalities caused by collisions are 4.8 times higher for emergency responders than the national average. Emergency responders have to travel at high speeds to reach a crisis, which increases the likelihood of being involved in a fatal accident. Unfortunately, 2015 had the largest increase in traffic fatalities since 1966. In this week’s blog, we break down the accident statistics for emergency responders.

The Expense of Emergency Vehicle Accidents

Have you or a loved one been involved in an emergency vehicle accident? We can help. Contact our firm today.