May Is Motorcycle Safety Awareness Month
May 23, 2017
By Maring Williams Law Office 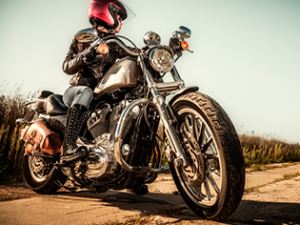 May is Motorcycle Safety Awareness Month, designed to encourage all drivers and motorcyclists to “share the road” with each other. In 2014, 4,586 motorcyclists were killed in traffic crashes, a decrease of 2.3 percent from 2013 (4,692). Those deaths account for 14 percent of the total highway fatalities that year. This decrease in motorcycle fatalities continues to break a tragic trend over the last 17 years, which saw only one other decline in 2009. Injured motorcyclists also decreased from 93,000 in 2013 to 88,000 in 2014.

Safe riding practices and cooperation from all road users will help reduce the number of fatalities and injuries on our nation’s highways. But it’s especially important for motorists to understand the safety challenges faced by motorcyclists such as size and visibility, and motorcycle riding practices like downshifting and weaving to know how to anticipate and respond to them. By raising motorists’ awareness, both drivers and riders will be safer sharing the road.

NHTSA-funded research has shown that people behind the wheels of passenger vehicles are distracted more than 50 percent of the time. Road users should never drive, bike, or walk while distracted.  Doing so can result in tragic consequences for all on the road, including motorcyclists.

Facts About Helmet Use

Facts About Motorcycles and Alcohol

Please adhere to these rules and facts to help keep yourself and other safe. If you or a family member has been injured in a motorcycle accident, please contact us for a free consultation by calling (701) 402-6644.